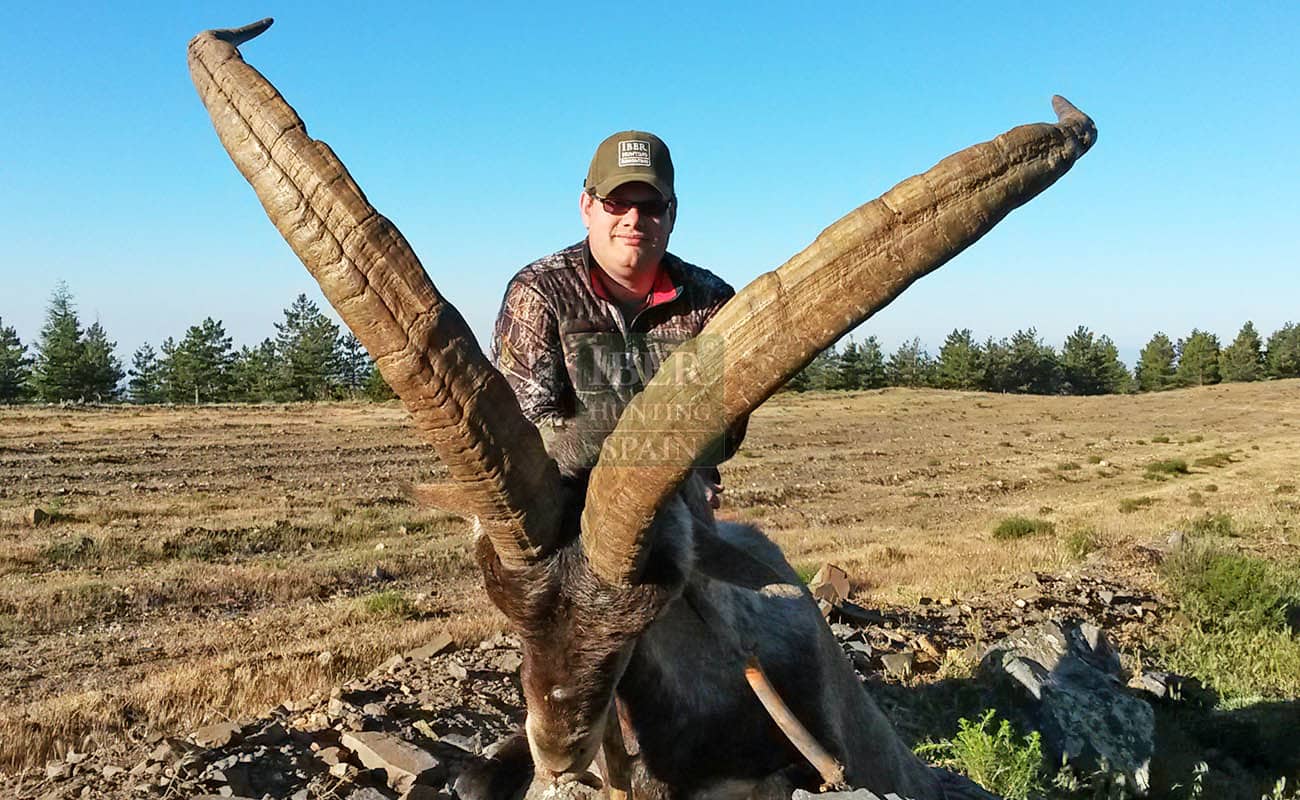 The Ibex is a very old species. It is estimated that during the Pliocene era (7 million years ago), the caprinidae of central Asia arrived in Europe and it was around the Riss glacial stage when the Iberian form of the Capra genus appeared differentiated from the Ibex of central Europe. The most important colony of the Capra Pyrenaica Hispanica, which inhabits the parallel mountain ranges of the Mediterranean peninsula, is in Sierra Nevada.

The males have thick, rough, knotty horns, and are normally in the shape of a semicircle curving backwards. In contrast to deer, they do not shed them annually, but keep them throughout their entire lives. The age of the males can be measured by the rings of annual growth.

Capra Pyrenaica is an animal with great sexual dimorphism. As with the majority of mammals, this means there are ample differences between the morphology of the male goat and the female goat. They tend to divide into groups of sexes which can contain over 30 individuals: the males in one group and the females and young in another.

They move easily around rocky walls of incredible verticality, thanks to the peculiarity of their hooves, whose internal surface is non-slip. Even when they are sedentary, in Winter they carry out prolonged displacements in search of refuge and shelter, climbing down to lower areas. 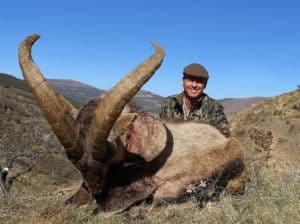 This hunt, just like other stalking of this species, begins in the early hours of the morning. It is a mountain hunt in which the hunter and guides search, with the aid of binoculars and monocular, for a suitable trophy according to the clients demands. The stalking should then be carried out in complete silence, with attention being paid to the recommendations of the guide, who will demonstrate his knowledge and know-how in the terrain. This is a species with a very sharp sense of smell, sight and hearing, an adversary which will contribute to the hunt, together with the incomparable landscape common to the area, the necessary ingredients to make the day an unforgettable hunting experience.

Sierra Nevada is a mountainous massif belonging to the Baetic mountain range, more specifically the Penibetico range. This can be found in Andalusia, in the central south-east area of the province of Granada and the south-eastern part of the province of Almeria. Due to the great diversity of the landscape and its exclusive natural value, it has received several provisions for protection. Apart from being a Nature Conservation area and National Park, it is also internationally recognised as a Biosphere Reserve. The highest point is the Mulhacén peak, at 3,482m. 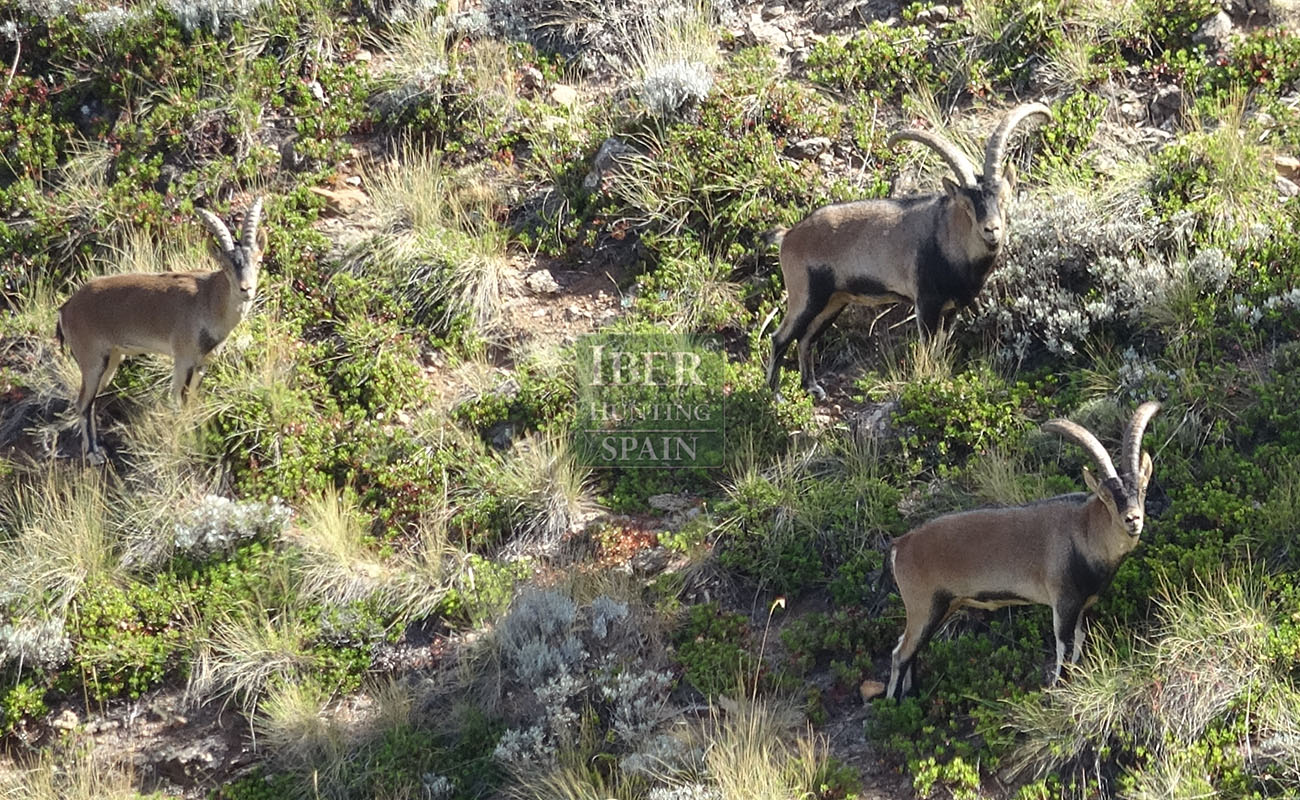 The Romans taught Andalusia how to cultivate wheat and vines and used the fish from the seas to produce the best “garum” in the empire. The Arabs taught the people of Andalusia to grow fruit and vegetables. They used irrigation systems and perfected the cultivation of the olive and the production of oil. Furthermore, the Greeks, Phoenicians, Carthaginians and Visigoths left their mark on the art, science, culture and gastronomy of Andalusia. This is quite a legacy and the best way to get to know it better is to sit down to the table.

A Mediterranean based gastronomy which is unique due to the extremely high quality of its ingredients from the sea or vegetable garden, and because of the use of extra virgin olive oil, an indispensable element which gives personality and distinction to these dishes, and is present in the quintessential Andalusian dish: gazpacho.

One culinary custom which is quite a tradition in Andalusia due to the favourable climatic conditions, and which can be found all year round is the “tapa”, a great way of tasting the dishes which define the universe of Andalusian gastronomy in small portions, usually accompanied by a beer or a good local wine. In the many bars and restaurants you can try countless cold or warm, simple or elaborate, seasonal tapas.

Andalusia, a meeting place of culture and cuisine

At the foot of Sierra Nevada, between the rivers Darro and Genil, lies one of the most interesting cities in Eastern Andalusia, Granada. An impressive Andalusian legacy meets with architectural gems from the Renaissance and the most modern facilities of the 21st century. Because it was the last city to have been reconquered by the Catholic Monarchs in 1492, Granada has an unmistakeable Arab flavour. Its cuisine, crafts and urban layout are a consequence of the city’s glorious historical past.

Fountains, viewpoints and Cármenes, the villas surrounded by gardens typical of the city, create unforgettable nooks and crannies. With good reason one of the oldest neighbourhoods, the Albaicín, is a World Heritage Site together with the La Alhambra and Generalife. An important cultural centre for centuries, both during the Muslim and Christian rule, nowadays the city boasts an enviable calendar of cultural and leisure events. Cinema, music and theatre festivals and seasons combine with permanent and temporary exhibitions which cover all fields of knowledge. Old Renaissance palaces are homes to seminars, conferences and debates, while the most innovative infrastructures are prepared for bigger events.

Wanna get more information about our hunting programs? Contact us via whatsapp