Discover the best of Valencia, exploring the city’s most emblematic monuments on this tour around the historic centre.

First, you’ll make your way to Plaza de la Virgen​ (Virgin’s Square) one of the city’s most famous squares. 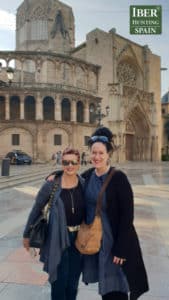 Our next stop is the Plaza de la Reina (Queen’s Square), where you will encounter the unmistakable sight of the city’s Cathedral and its bell tower known as El Miguelete. Inside the magnificent temple, you will admire the beautiful cupola, the central nave, and the chapels. We will also visit the Diocesan Cathedral Museum which houses an exhibition of various artworks culminating in the majestic Chapel of the Holy Chalice. Here, you will learn all about how the mythical Holy Grail ended up in Valencia and how it was used by Jesus Christ in the Last Supper.

You will hear about the history of the Chalice and how it moved to Rome from the Holy Land. The persecutions suffered by the Christians caused Pope Sixtus II to entrust it in the hands of a deacon who fled to his homeland of Huesca. It then circulated around the Kingdom of Aragon until arriving in Valencia in the 15th century. It is so highly revered that Pope Benedict XVI used it in a homily during his visit to Valencia in 2006. 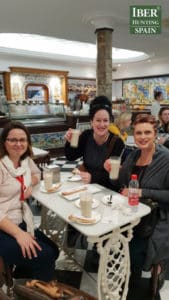 We will make a break in our tour to taste the traditional Valencian drink: the Horchata, a drink with a lot of history. It is a healthy refreshing drink, highly diuretic and energetic. The main ingredient, the tiger nut, originated in Egypt, cultivated from 3.000 years ago. In this historic city centre is located the oldest Horchatería with over 200 years; it is characterized by its premises where you can find a mix of traditional bohemian decoration and modern Manises ceramics. 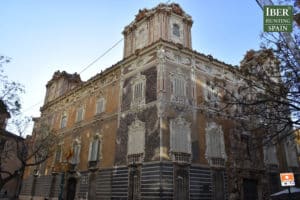 Palace of the Marquis of Dos Aguas

After this delighted drink, we will continue our visit in the Palace of the Marquis of Dos Aguas, now the National Museum of Ceramics with a rich exterior ornamentation and beautiful treasures behind its walls. In honour of the Valencian ceramics industry, the González Martí National Museum of Ceramics is located in what is considered to be the best example of Baroque architecture in Spain. The museum houses the largest national collection of ceramics, dating from the 18th century to the contemporary period. A museum in which  you can also find merchandise from the Silk Route and discover how they lived in one of the most iconic Valencian noble families of the age.

Continue your walking tour and to the Serrans Gate, a striking Valencian Gothic style monument that formed part of the 14th century city walls.

And the Silk Exchange, a masterpiece of Gothic architecture and a symbol of the city’s importance as an economic centre in the Middle Ages. Standing in front of the impressive façade, we will appreciate its mix of different architectural sytles, which offer us clues about the city’s fascinating commercial past. You will learn all about why this activity is so important for the Valencians. 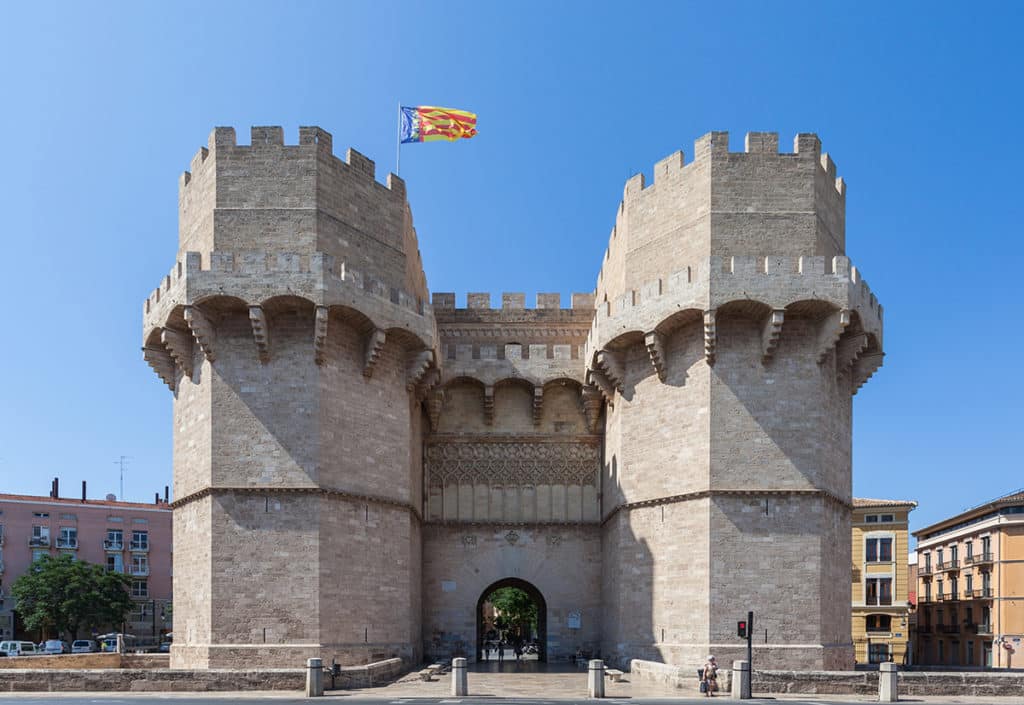 After getting to know the old part of this beautiful city it is time to delight us with its wonderful cuisine in the bars and restaurants near the central market, another indispensable visit of the city, but better with a full stomach!