Hunting a magnificent Ronda Ibex at the last minute

We begin a new hunting adventure in Spain with a group of hunters from the United States. A new hunting trip to get the Ronda Ibex. 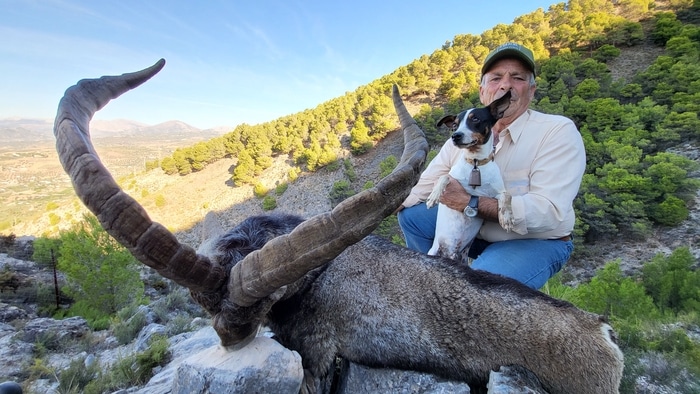 This hunt began in the late morning because of the jet lag we needed to rest. Once on the route, our most concern was the high temperatures. All the animals were inside the forest and it was very difficult to find them. At midday and after seeing just a few animals we decided to go to have lunch and rest a little bit. We wanted to put all our efforts into the last hours of the day when the animals go out to eat something.

A shot with hardly any light

After lunch, we climbed a hillside, where we had a large area to look for the Ibex at the exit of the pine forests. We arrived at the place that we wanted, but it was not until two hours later that the animals began to move. However, none of the animals were what we expected.
The sun began to hide and time was running out. And just at that last moment, on the edge of the exit from the pines, we saw an old Ibex lying down. We had found it! But we had to hurry to get this Ronda Ibex. With no time to waste, we got within shooting distance (220m) a perfect position for our hunter, and with the Ibex lying very calm.

Problems came, after 20 minutes of waiting to see the animal get up, the sun was almost hidden. Every minute we asked the hunter if he had light in the riflescope and if he could see it well. Almost without light, the hunter told us: Soon I won’t be able to shoot. And finished the sentence we saw the old Ibex get up. The hunter took a quick shot without knowing if he had hit or not, since with almost no light the Ibex got into the forest. 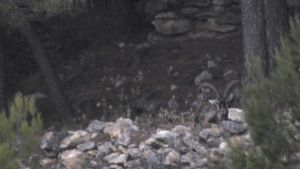 Not a trace of Ronda Ibex blood

After all, night thinking about the situation the new day came and it was the time for our sniffer dogs to specialize in these missions. We arrived at the shooting site and our spirits plummeted as there was not a single drop of blood. After a long search, we began to organize another place to hunt. But suddenly we heard one of the dogs barking in the distance. And when we arrived at the place we found ourselves with the great surprise of seeing our magnificent Ronda Ibex. We did not see a single drop of blood since the shot had gone to the stomach and the wound was packed so there was no indication that it was an accurate shot. 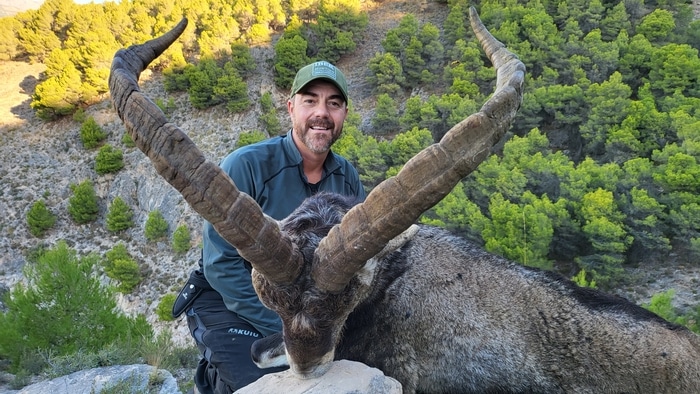