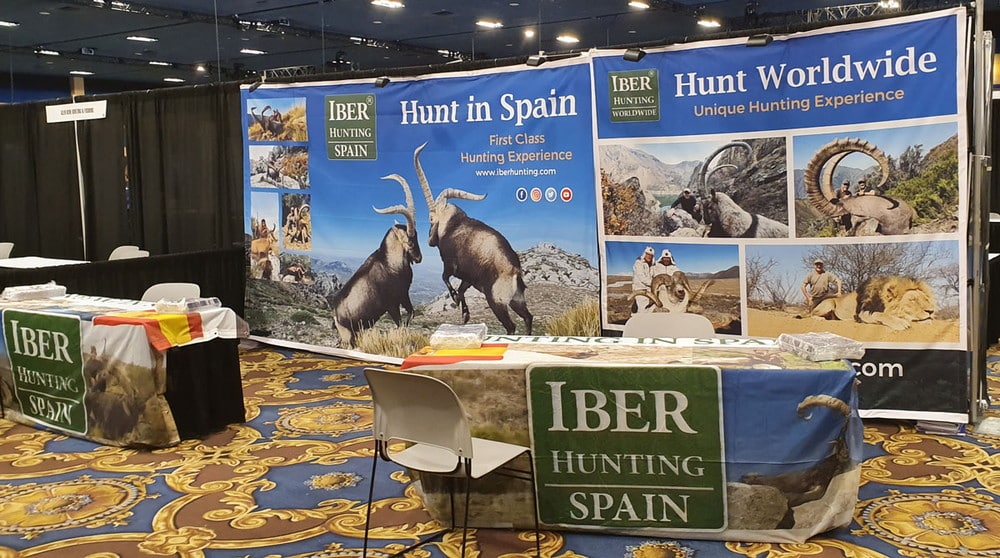 After few years attending the GSCO Convention we can say that we are very satisfied to attend this hunting show. We feel that this Hunter & Outfitter Convention is good to visit. Moreover, we can affirm the success that Iberhunting has had at this GSCO Convention 2020. Thank you to all customers, friends and partners for the support and thank you very much for visiting us in our booth. Thank you for the large number of people who were interested in our hunting programs in Spain and Worldwide.

Each year we strive to bring “our best” selecting the best programs from Spain and all over the world. We try to offer an exceptional quality of the hunting experiences.

Furthermore, one more year, Iberhunting contributed with a donation of 25,000USD, standing at the diamond level. We are always happy to give our support to GSCO and GSCO´s Hunting Conservation efforts. Also, we know that this annual convention is an excellent opportunity to connect with exclusive people of wildlife enthusiasts.

Grand Slam Club/Ovis is an organization of hunter/conservationists dedicated to improving and perpetuating wild sheep and goat populations worldwide.

This year, our most valued program and for which people have shown more interest has been the Spanish Ibex Grand Slam. This grand slam is based on 14 days- 13 nights and gives an unique opportunity to complete the Spanish Grand Slam in a single trip.

If you are interested in this Grand Slam you can contact us and we will give you all the information.