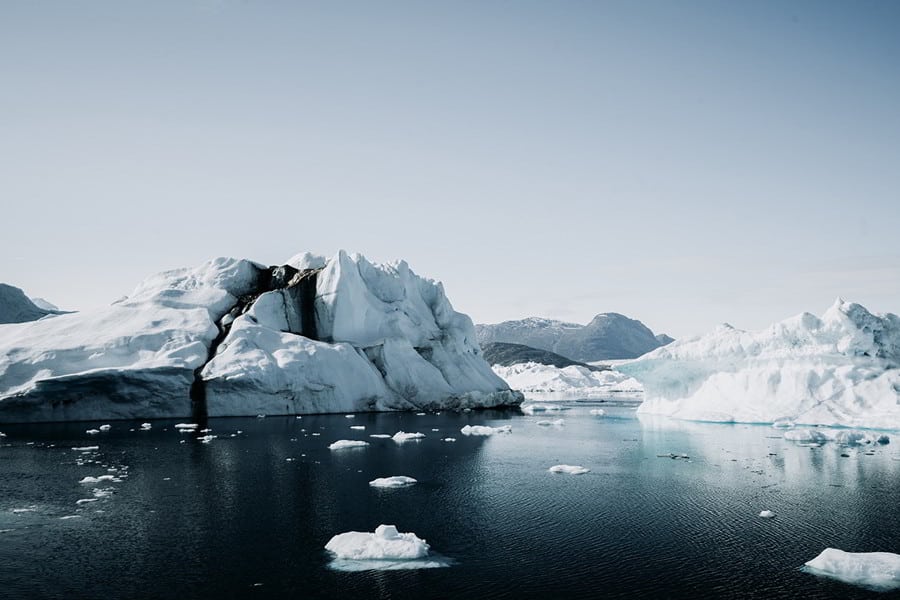 Greenland is the largest island in the world and a thrilling destination in the Arctic for all adventure-loving travelers. Located in the northeastern part of North America, between the Atlantic Ocean and the Glacial Arctic Ocean, Greenland is a self-governing territory within the Kingdom of Denmark.
84% of its territory is occupied by a thick layer of ice known as Inlandis, which in the center of the island reaches 3,000 meters thick above sea level.

Greenland, “land of men”, a place to discover

The history of Greenland is a story of life under extreme arctic conditions. It is believed that the first humans arrived in Greenland about 4 – 5000 years ago from the North American continent. They were succeeded by various other groups that migrated in diverse waves. The current population of Greenland is descended from the last immigration, from the Thule culture, which arrived around the 9th century. There has been no evidence that Greenland was known to Europeans until the 10th century when the Icelandic Vikings led by Erik the Red settled on its southwest coast. But it was undoubtedly the Inuit people who managed to survive such extreme weather conditions, and that today continues to predominate among the different ethnic groups that inhabit this enormous ice island.
The muskox is a species that we find near the coast. It is a trophy that impresses with its long-haired fur and its strong buffalo antlers with pointed ends that look to the sky. They usually live in herds, and the adults reach an approximate weight of 400 kg.
Our hunting area is approximately one hour from the city of Kangerlussuaq, which will also be the destination where we will fly. This area is considered one of the best for hunting muskox in Greenland, with high density and quality of trophies.
We organize guided groups in the spring, in general, in March, when it dawns around 6:00 am and gets dark around 7:00 pm. Snowmobiles are our vehicle during the hunt and once our objective is sighted, stalking on foot will be the way to approach our trophy.
You can hunt in Greenland other species after obtaining our muskox are partridge and snow hare. Or, if you prefer, you can opt for a sleigh ride and admire the immense white landscapes that manage to get lost in our sight. 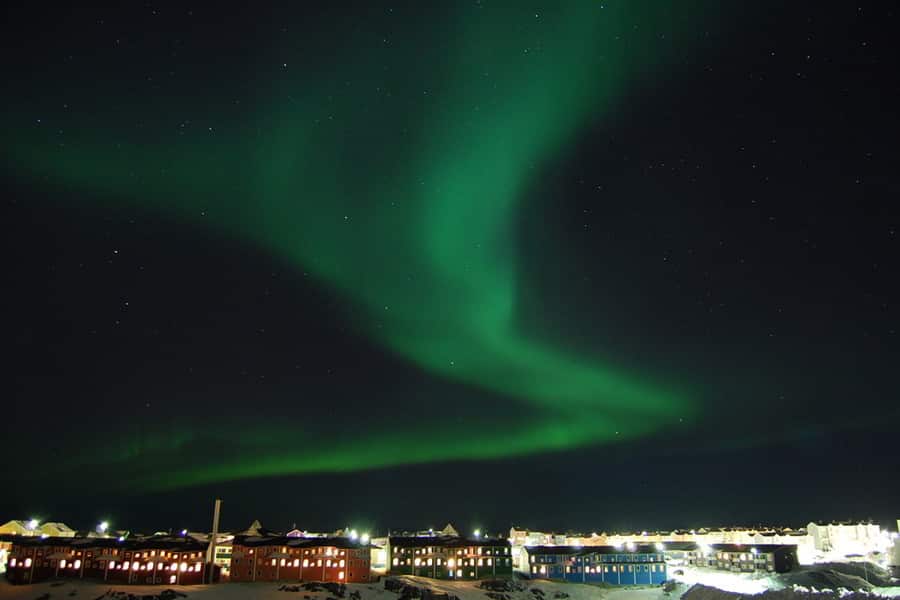 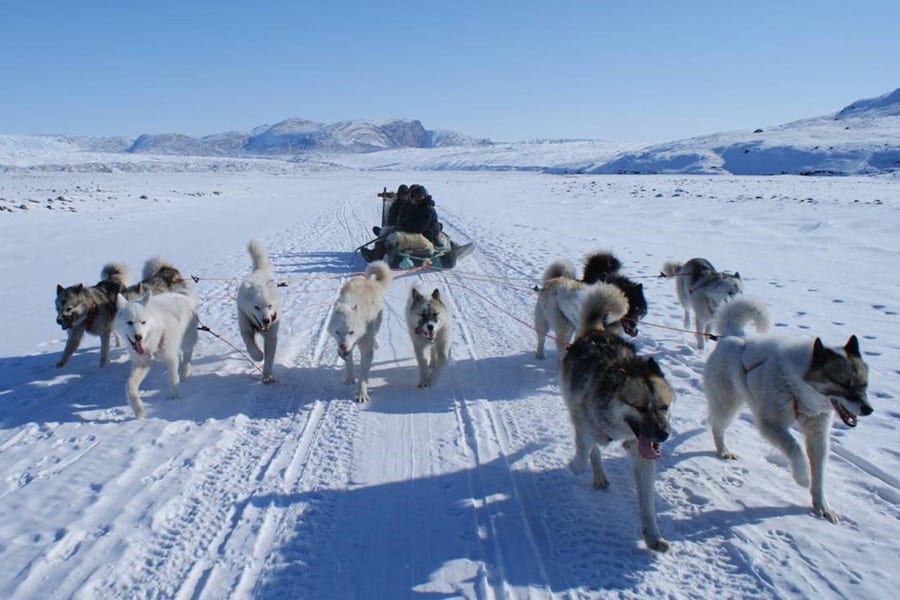 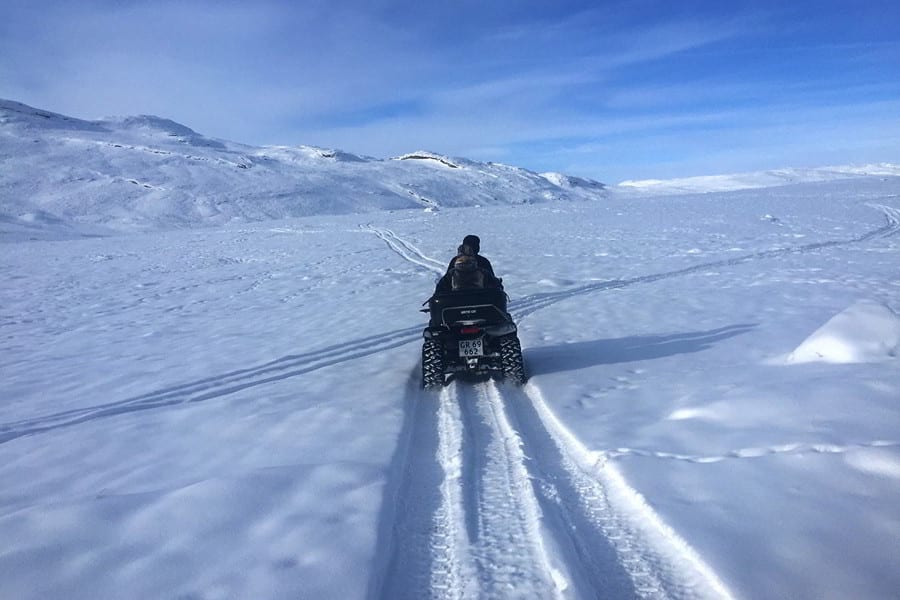 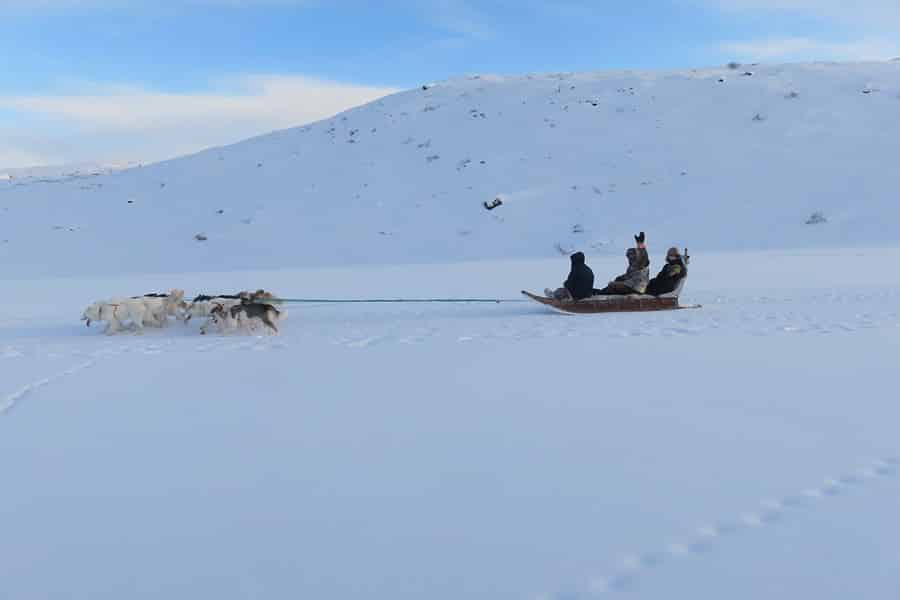 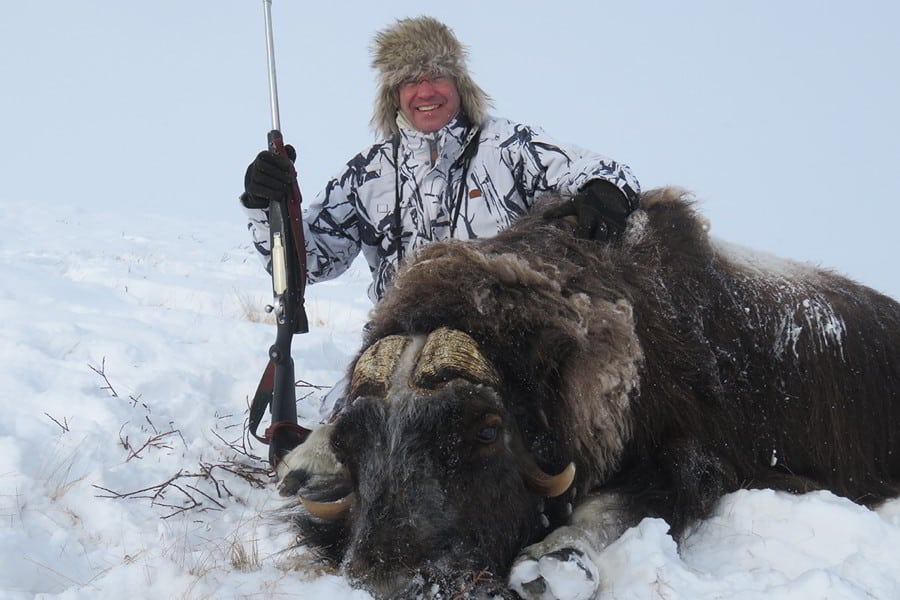 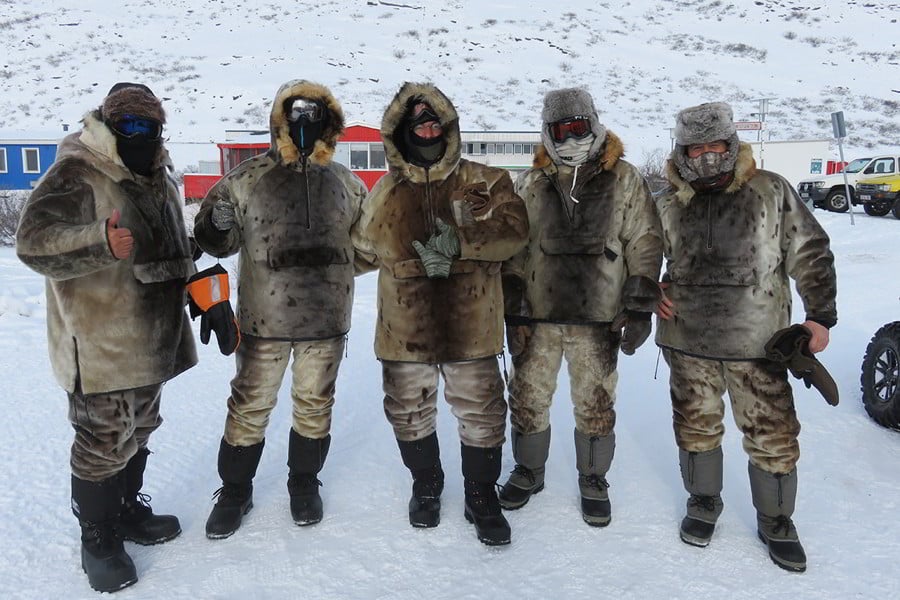 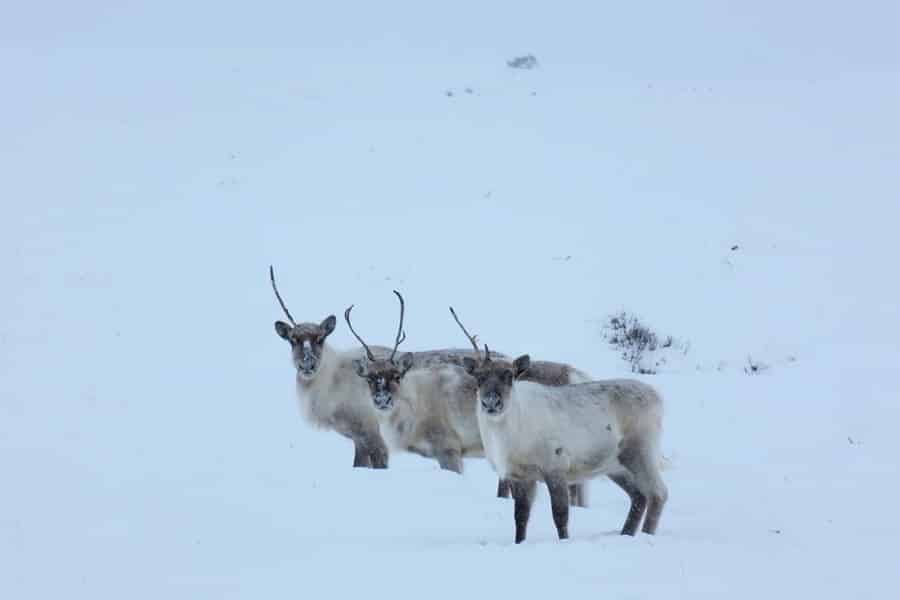 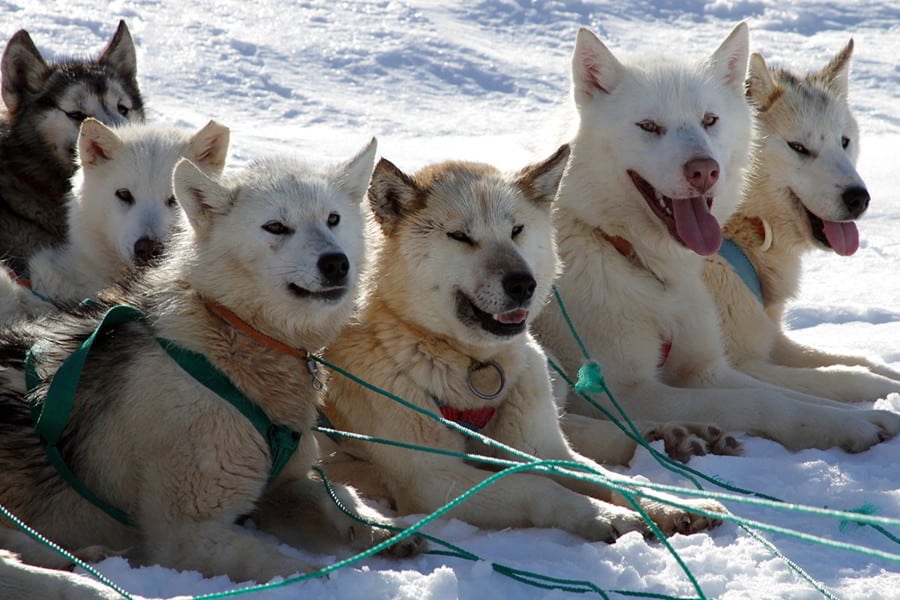 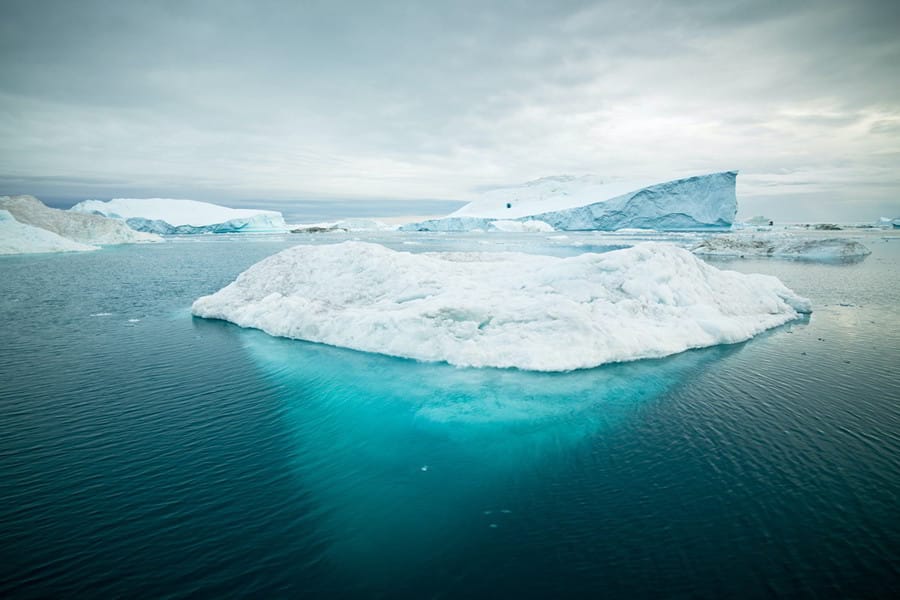 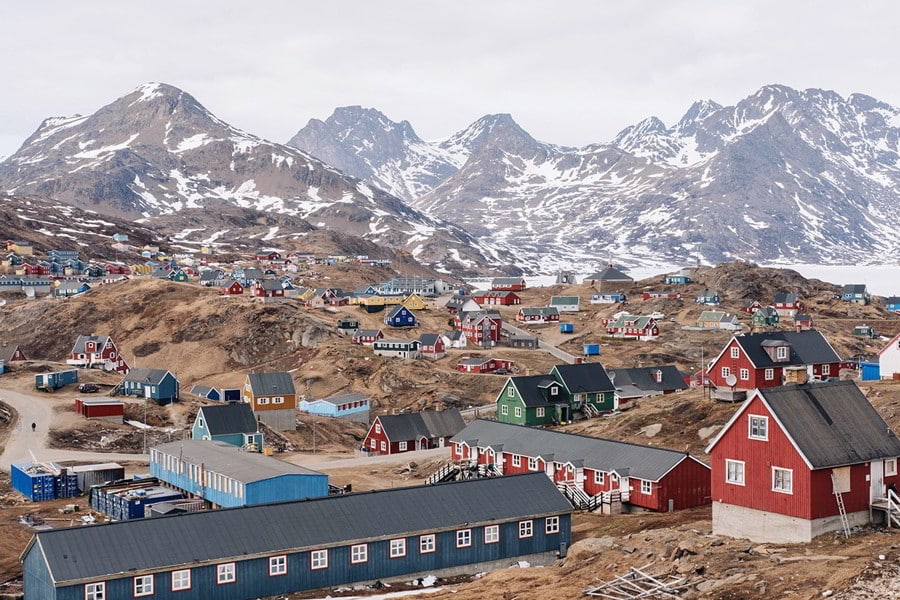 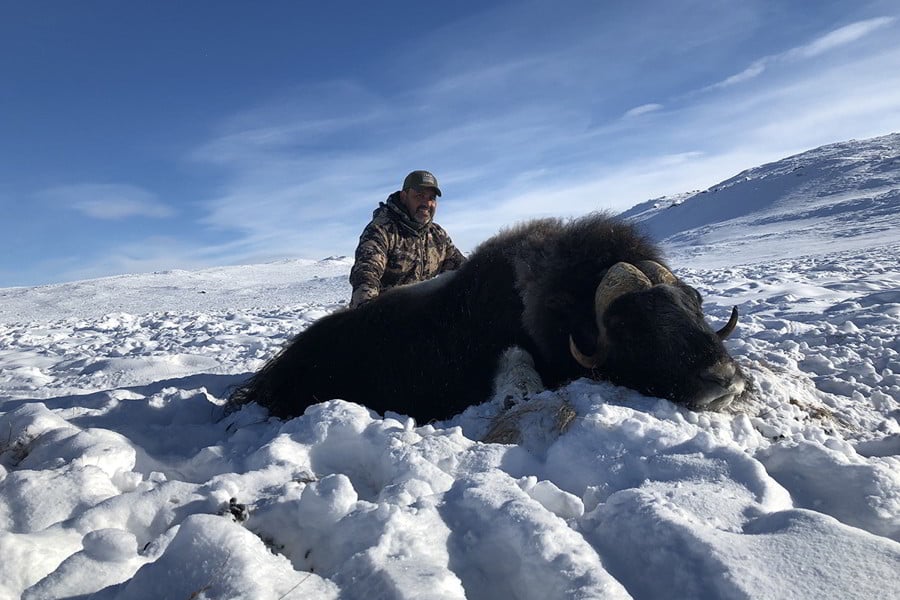 Last Videos of hunting in Greenland