The curse of the Spanish fallow deer

This is the story of the best-known Spanish fallow deer among hunters. For several years I had been listening to stories of the fallow deer from the ‘Hoya de Miguel Barba’, where a spectacular fallow deer was found. It is said that he dodged all hunters, and everyone who had a chance to see him missed the shot.

So we began to plan our goal. The guides decided to try it since it was a goal dreamed of for quite some time and with the challenge of ending the curse.

The ‘appearance’ of the Spanish fallow deer

We decided to prepare in a high place to control a lot of ground and be able to observe as much territory as possible. It was early and a considerably hot day for that reason, we believed that the animals would come out at the last minute as was happening the previous days.

Upon reaching the ‘Hoya de Miguel Barba’, as if it were an illusion, there was the incredible fallow deer behind its females.

The guard’s surprise was quite excellent. He had spent entire afternoons waiting until the night trying to see our protagonist without success. Which is why she had left him for dead. 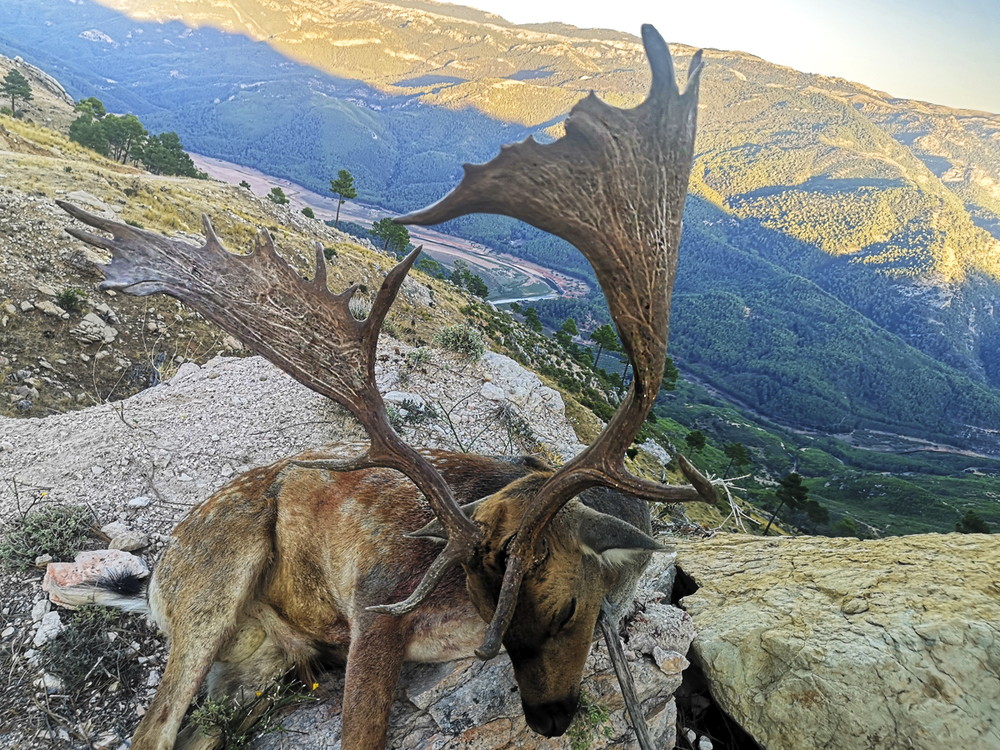 It was the moment of truth, and we set off to hunt him down. However, in the first attempt to get close, we failed: a female discovered us and all ran away. So it was impossible for our friend Jan to shoot.

The situation became complicated as the animals entered the forest. However, we did not want to stop trying, and after a while of walking silently, we discovered a female. So we set up the tripod for our hunter Jan to get ready. We did not see the fallow deer but we knew that it would follow in the footsteps of the female.

At last, it was time to break the curse with a perfect cast, in which Jan’s experience and skills did the rest. The old fallow deer was wrong and, his instincts this time failed. The ‘cursed fallow deer’ ran after the female and crossed the cross of Jan’s viewer. And so our friend fired a clean and precise shot to end the curse of the great fallow deer from the “Hoya de Miguel Barba.”

Of course, we had to immortalize the moment and enjoy what we achieved. Even other members of the National Park heard the news and went up to take their photos. 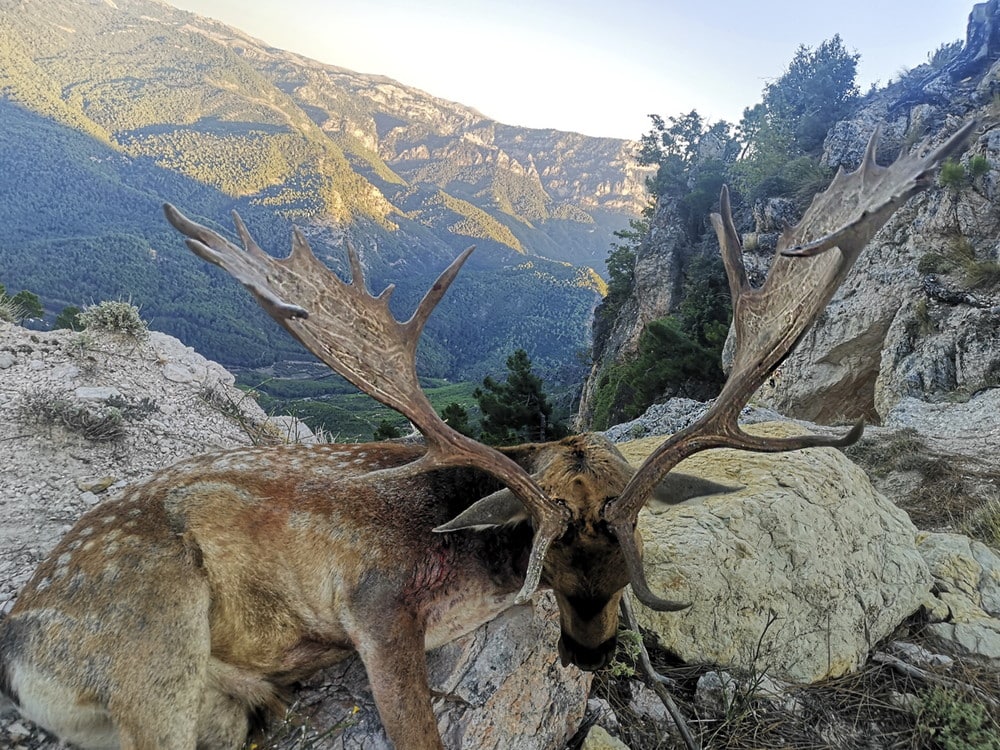 Finally, after all the photoshoot and skin preparation, it was time to go back to the hotel and celebrate the night. This was a magical night, remembering all the stories that this animal had given life to so many hunters who dreamed of this fallow deer.

If you want to live your own hunting adventure in Spain, you can contact us, and we will recommend the best hunting trip. 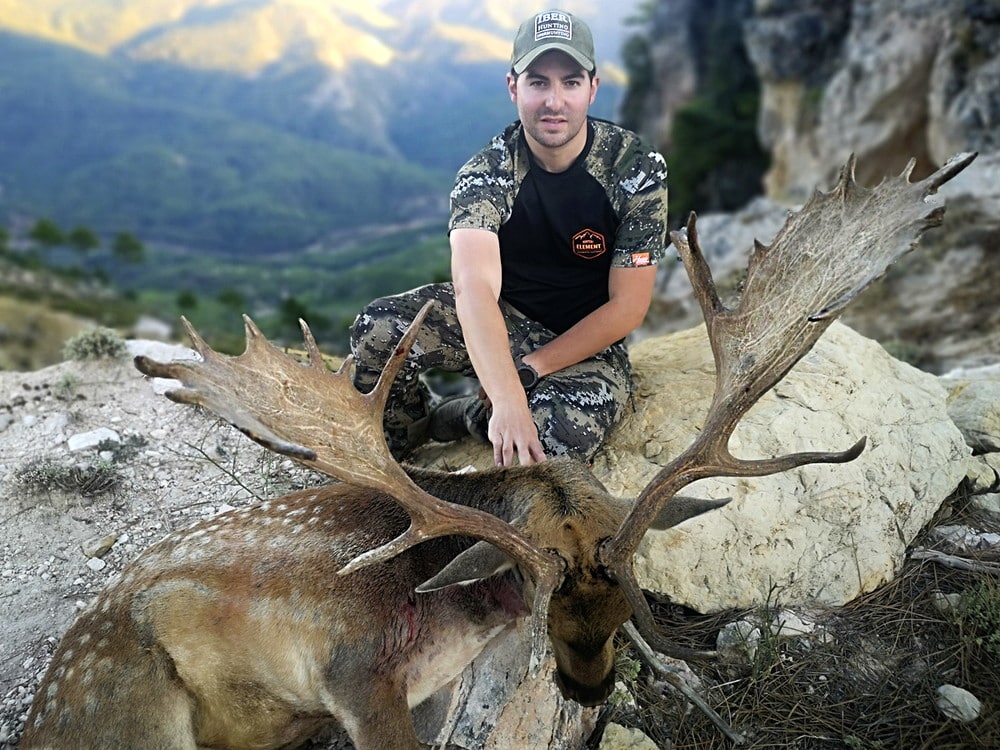